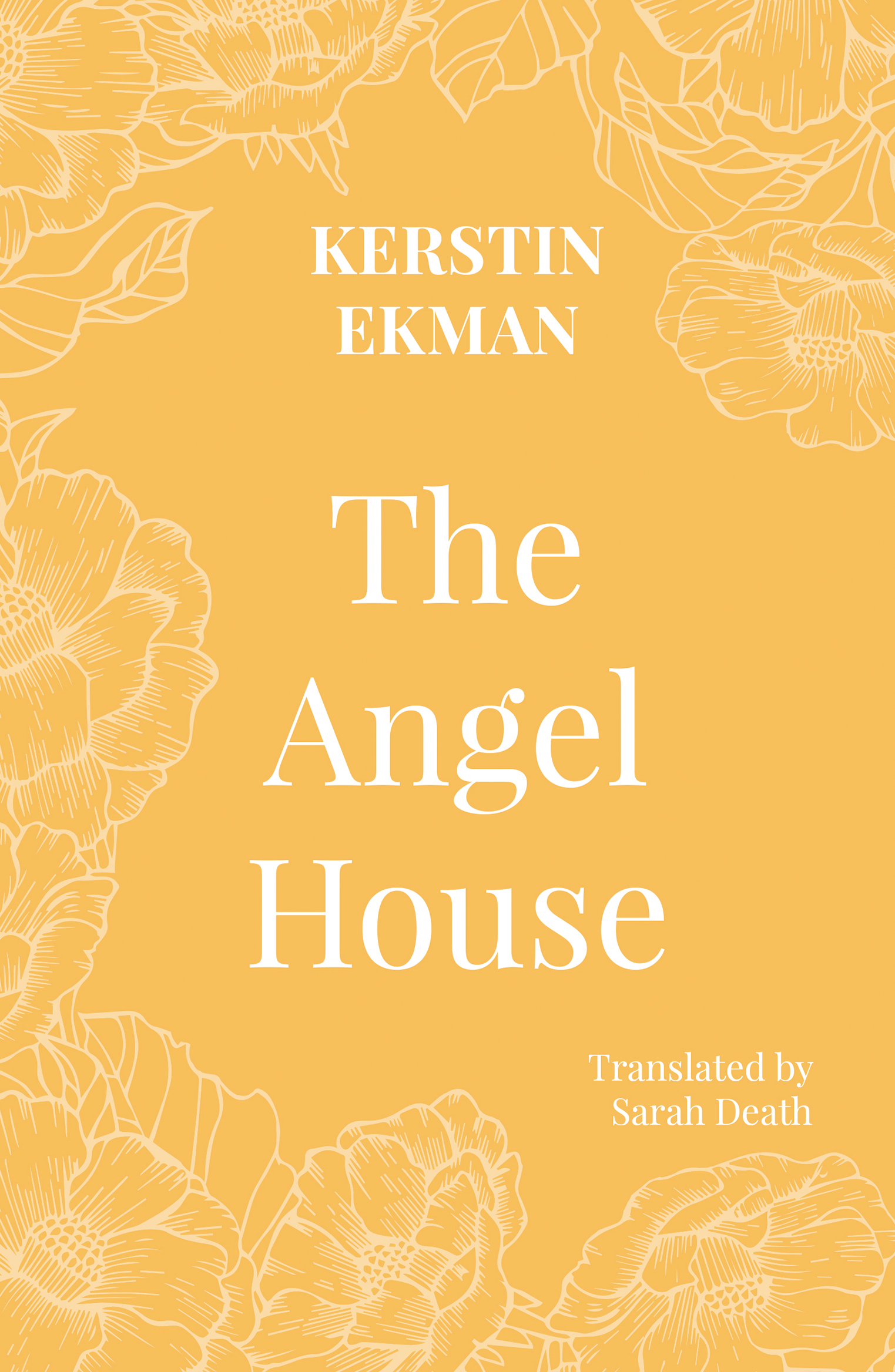 As Norvik Press publishes its new collector’s editions of Kerstin Ekman’s ‘Women and the City’ quartet, Sarah Death considers the clashing versions of time that structure the third book in the series, The Angel House.

In one chapter of The Angel House, the author describes how the lottor, the women’s defence service volunteers, are called on to cook and serve up vast amounts of food at the railway station for soldiers in transit overnight. One of them, Hilda, reveals when chatting to an apparently friendly officer on the platform that she has worked out the times and destinations of the trains, despite precautions designed to maintain secrecy. The man turns out to be a security officer and Hilda receives a severe reprimand and is demoted to kitchen duties so she poses no further risk.

Later we find a scene in which another lotta, Jenny, one of the novel’s central characters, is also affected by the timetables of war. Wartime production of anti-aircraft guns means her husband Fredrik is constantly obliged to work overtime, but Jenny hates the war, even if it brings employment in neutral Sweden. Tired after her long night shifts at the railway station, she drags herself out of bed before six, makes Fredrik his breakfast and waves him off, but inside she feels an incoherent anger: ‘Suddenly she wanted to shout after him, open the window and shout so that everyone could hear. Good God – it’s Sunday! That’s something special, a holiday when people wear better clothes, eat different food. They can’t do this to time!’

These two episodes also have a deeper significance. They are not isolated incidents, but part of a pattern which underpins the whole novel, and indeed the whole ‘Women and the City’ series about the people and the industrialisation of a Swedish provincial town. This quartet, written between 1974 and 1983, stands out from other epics of social realism in twentieth-century Swedish literature for its sustained identification with the women’s perspective. With industrialisation seen here as essentially the men’s preserve, there is a conflict throughout between the female and male strands of the narrative. In the two episodes described above, Kerstin Ekman is showing women co-opted by, and falling foul of, Men’s Time, and conflicts of this sort erupt repeatedly.

For men, time in the world depicted by Ekman appears largely as a linear project of departure, progression and arrival, whereas women’s time is more organic and cyclical. The latter’s strands of the narrative are more likely to be expressed in seasonal or gestational time, or in the loose rhythms of domestic tasks, than in rigid clock time. Time is elastic for the women in this novel, ranging from long periods of enforced waiting to interludes of frenzied activity. Male time in The Angel House, on the other hand, is ‘tempo’, a hectic, artificial, externally imposed time which attempts to structure life and order society. It is the time of factory hooters, referees’ whistles and military exercises. Above all it is train-timetable time, the railway representing the march of progress and the triumph of technocratic solutions.

The narrative deliberately alternates between male and female episodes. Thus, for example, a chapter highlighting young Ingrid’s feelings about pregnancy and impending motherhood is followed by a history of the Carlsborg, a building in which the – male – town councillors manoeuvre for ever greater influence in smoke-filled rooms. And on Jenny and Fredrik’s summer cycling holiday, Jenny’s enjoyment of the open air and sense of identification with Stone Age female pot makers are followed by a day spent, at Fredrik’s request, touring the Bofors armaments factory.

Ekman’s individual male characters are far from caricatures, they are three-dimensional human beings, with all their failings and strengths. But when she depicts male collectives and men’s time, the tone is nearly always ironic, even comic. The tone when she writes about women and the passing of their time is quite different. She does not hesitate to reveal their weaknesses, but she charts their lives and labour (in all senses of the word) with tenderness and empathy. As Ekman writes of them elsewhere, ‘You want to fly to heaven in the company of spiritual gentlemen. But yours is a fate that is pure biology. And yours is a bloody awful story.’

Much of The Angel House is set during the Second World War and, as we have seen, wartime exigencies polarise male and female timetables still further. But running through the whole novel, in peacetime and in wartime, a vivid reminder of the two different approaches to time is provided by the contrasting pair gator/gårdar (streets/gardens) and the very different pace of life in those worlds, one public and one private, as the year passes. In one of them, there are tax officials, town councillors, property deeds changing hands and budgets recommended for child allowances and pensions. In the other, tucked away in the backyards, there are rows of privies, knotty old trees and raspberry thickets, rain on the spring vegetables, a swing, and holes in the hedges for cats and children and people who need to borrow a cup of milk.

This is a newly revised and shortened version of an essay first published in A Century of Swedish Narrative, eds. Sarah Death and Helena Forsås-Scott (Norvik Press, 1994).