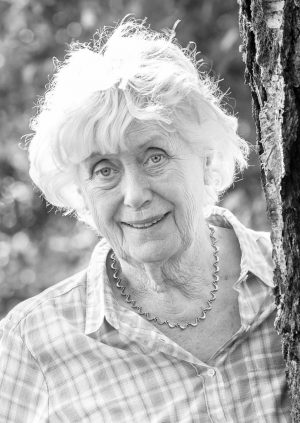 Paul Binding, the well-known writer and critic of Scandinavian literature, has re-read Kerstin Ekman’s Women and the City quartet and sent the following enthusiastic response.

In The Angel House, the third volume of Kerstin Ekman’s magnificent tetralogy, the old man Konrad says: ‘There’s a pattern under the pattern. A town under the town. Or inside this.’ These resonant words apply to the successive novels themselves, and both to the issues they arise out of and those they give rise to in readers’ minds. First we are presented with people in a rural locality, which, though they may lack awareness of this fact, is eminently propitious for development. A rough collection of households thus becomes year by year transmogrified first into a village, and then into a town, entailing a community with structure, definable aims, and a hierarchy, at first circumstantial, even improvisational, but later, inevitably, codified. The town’s story – one among countless, of course, throughout Europe – is identifiably that of Sweden’s Katrineholm, where Kerstin Ekman grew up, and which owed its growth, status and prosperity to the railway, for which it was ideally situated as a junction. We follow the place’s evolution from the 1870s through to the 1970s, which involves, indeed is often dependant on, named individuals, some remarkable in personality, some far from being so and superficially (but only this!) indistinguishable from their neighbours and kin.

As we confront the early stages of this evolution in Witches’ Rings, we cannot but experience deep relief, indeed, a kind of gratitude, that – if less completely than often conveniently believed – the poverty and the sufferings of marginalised living endemic to so many underdeveloped regions have significantly diminished; we can sense the release of private and societal selves that follows. Indignities – of the body and consequently of the spirit too – are inevitably reduced as a once narrow society broadens both literally and spiritually, becoming more and more open to the outside (and more sophisticated) world. Inevitably a railway brings not just mere visitors, but interested observers, progressives and entrepreneurs. Importantly these changes are most noticeably evident among women, on whom certain impositions are no longer so arbitrarily and inescapably imposed; they are seriously questioned, if not downright jettisoned. (Indeed, Women and the City is the title by which the quartet has usually been known in its almost forty years of Swedish published life!) How can we not think that Tora, the surviving child of a teenage girl’s rape, and brought up by an illiterate and over-worked woman who will eventually be denied a proper place on her soldier husband’s tombstone, doesn’t have at least as rich an emotional and mental life as the members of the society out of which Katrineholm and its like grew? Here then we have the pattern, and a seemingly satisfying one, just as we also have, vividly brought before our eyes and into our senses, the town itself – which preserves names of places from its earlier avatar, with the result that it can still (just about!) be related to its pre-industrialised self.

But as Konrad has reminded us, there is also a pattern beneath this pattern, in the same way that there is the town that grew out of country households beneath the bright modern city we know. And as we contemplate these we appreciate that evolution may not be the simple matter for congratulation that we, alongside many enabling or benefiting from its growth, may have thought. Kinship to nature – such an important matter to Kerstin Ekman both as a woman and as a writer – may well have been gravely impaired, if not in some cases thwarted or submerged. Priorities favouring success, accumulation of wealth, superiority to others on grounds of education or job are by no means the automatically preferable successors to those that gave first place to a hard day’s toil, no matter what it entailed, for the sake of the necessary food and rest, which so many lacked (still lack!).

For the opening of her ambitious enterprise – which is nothing less than an examination of culture as the later twentieth century had come to envisage it, not least in the form of the ‘folkhem’ (the Swedish Welfare State), Kerstin Ekman uses a technique for which I cannot find the like anywhere. The people come before us with no elaborate preparation whatever; it’s as if we have to make them out for ourselves. Then a girl called Edla captures our attention above all the others; she and her lot must therefore be our concern? But not a bit of it. She dies on p. 77, her casual death a literary metaphor for the waste of life all history entails, and never more so than in a society that has consigned numerous organic human beings to the level of unchecked numbers. Edla’s daughter, Tora, will indeed grow up to know many valuable relationships and experiences that can ameliorate this stark concept of existence. But if we lose sight of Edla, so to speak, we deny ourselves an amplitude of awareness, and this loss will in itself vitiate any society we try to build, no matter how much more just and prosperous it is than its predecessors. This is the lesson Ekman – novelist, not pedagogue – has to teach us.

The first three novels can – and maybe should – be read as a unity. City of Light differs not only in its setting in time, the 1970s, but in its first-person narration. A middle-aged woman, Anne-Marie, an exact contemporary of the author’s, returns from Portugal to ‘Katrineholm’ where she too grew up. And here she learns a dark and difficult truth, that affluent, well-run, fundamentally egalitarian-minded Sweden has not been insulated from the multitude of problems experienced elsewhere, and – perhaps paradoxically – the very security of the life it has carefully built up for its citizens can produce its own angst and anomie. We need courage to face this situation. But through honest use of the imagination we can do so – and surely win through.

I would like to conclude by emphasising that Kerstin Ekman is a supremely creative writer. Her tetralogy is surely essential reading for all democrats, all feminists, and (not ‘but’) it abounds in a sense of the complex varieties of human – and indeed natural – life. Her pictures of males are so often superbly moving, sympathetic, non-judgemental, whatever the faults or weaknesses or stale cultural habits revealed. I think especially of F. A. Otter, Tora’s husband and father of two of her sons, in Witches’ Rings.

Kerstin Ekman’s Women and the City tetralogy, and her Childhood, are available to order from this website – on our Books page, just start typing ‘Kerstin’ into the Filter by Authors search box.

An extract from Ekman’s most recent work, Tullias värld, is available to read in translation by Linda Schenck here; you can also read a review by Sarah Death here. Her new novel, Löpa varg, will be published in August 2021 and is to be reviewed in Swedish Book Review.