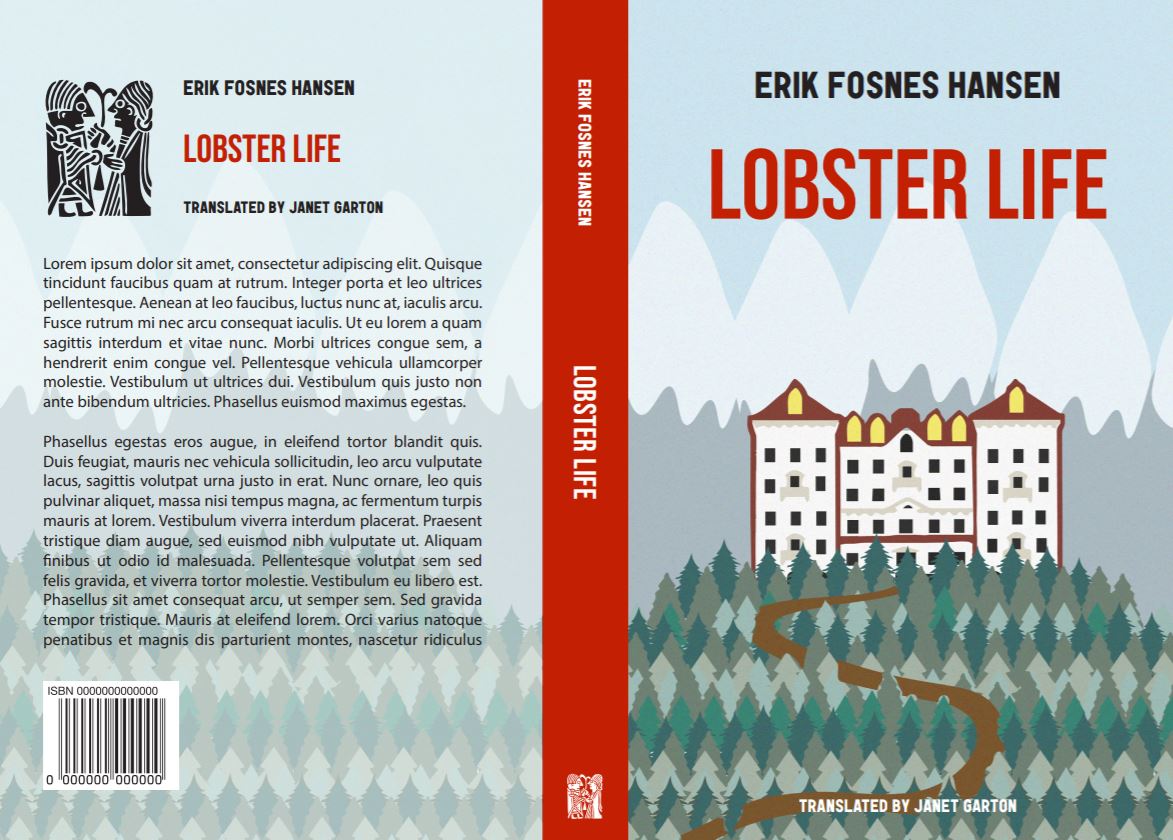 This week, we have another cover art special for you!

In 2019, we published Erik Fosnes Hansen’s Lobster Life, translated from the Norwegian Et hummerliv by Janet Garton. With a title like that, we knew that we needed a cover that would honour the novel’s quirkiness and its blend of comedy and tragedy, as captured in this review:

What a totally brilliant book! Best comedy I have read in ages. It reminded me of The Natives of Hemsö, such a favourite book. Best medicine for the coronavirus blues; I’m telling everybody to read it. It made me laugh and laugh – and then it made me cry.

Sue Prideaux, author of I am Dynamite! A Life of Friedrich Nietzsche, Winner of the Hawthornden Prize 2019.

For a taste of Lobster Life, you can read an extract here, which relates what happens when our young narrator agrees to take a group of hotel guests fishing.

END_OF_DOCUMENT_TOKEN_TO_BE_REPLACED

Join us for the Norvik Press book launch of Erik Fosnes Hansen’s Lobster Life. This captivating and affectionate coming-of-age tale is narrated by Sedd, who as a high school student has decided to write his memoirs. He lives an isolated childhood in a grand Norwegian mountain hotel. Life at the hotel is not what it used to be; Norwegians have deserted the traditions of their native land, with its invigorating ski trips and lake-fresh trout, for charter tours to ‘the infernal south’. Sedd’s grandparents are fighting a losing battle to maintain standards at Fåvnesheim hotel, which has been in the family for generations, whilst the young Sedd observes developments with a keen eye for the absurd and a growing sense of unease that all is not well. He has his own demons too, as he tries to unearth the truth about his father, an Indian doctor who died as Sedd was conceived, and his mother, who was ‘taken by Time’ when he was a toddler and whom he remembers only as a foxy-red sheen in the air.

The event will feature a discussion with author Erik Fosnes Hansen and translator Janet Garton. This is followed by drinks and light refreshments.

Come join us for an evening of lively discussion on literature, translation and a bout of nostalgia for Norwegian mountain holidays.

As the weather turns chillier, we’re delighted to bring you not one but two contemporary Norwegian novels. Curl up in your favourite chair and enjoy two of Norway’s most acclaimed authors, both translated into English by Janet Garton.

Heading for all good bookstores this October, Jan Kjærstad’s thought-provoking and subtle Berge weaves together the voices of three citizens, each affected in their own way by a heinous crime in the forest outside Oslo. Read a preview here.

Erik Fosnes Hansen’s Lobster Life captures the absurdities and tragedies of life in a country hotel on the brink of ruin. Like a latter-day Holden Caulfield, the orphaned Sedd reminds us that humans are a lot like lobsters: their vulnerable innards are not reliably protected by their hard shells. But struggle on we must, even if we lose a claw or two along the way. Click here to read a preview, or find Lobster Life in all good bookstores, or via norvikpress.com.

Find more information on both novels in our Norwegian Autumn leaflet: