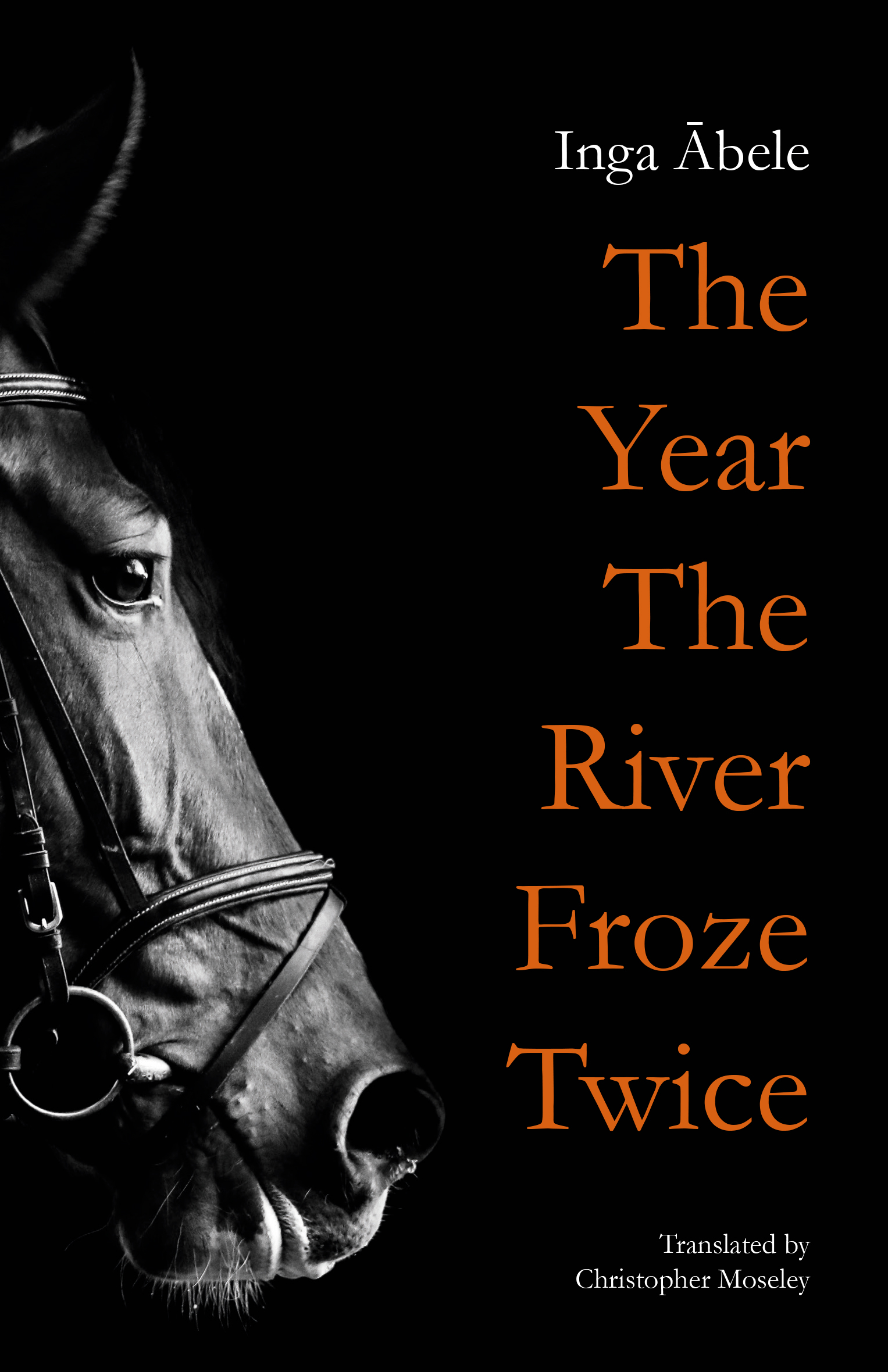 The Year the River Froze Twice, translated from Inga Ābele’s Duna by Christopher Moseley, features a striking cover – a thoroughbred among the #horsesofinstagram herd, we think! Essi Viitanen, our cover designer, shares her creative process…

The cover needed to communicate the historical nature of the novel. Its original title in Latvian, Duna, can be translated as ‘thunder’, as in ‘the thundering of hooves’ – a nod to the significance of horses in the narrative. This is taken up in the cover of the original, published by Dienas Grāmata:

Here the equine theme of the novel is combined with its darkness, as the lowered gaze and muscles undulating beneath the horse’s flesh communicate strength as well as vulnerability.

However, the English-language title The Year the River Froze Twice – chosen in recognition of the Daugava river, which flows throughout the narrative – opened up alternative avenues for the visual style of the Norvik edition. Water, ice and river imagery was explored for inspiration:

The image search yielded a beautiful set of cool palettes and the intricate textures of winter. The practical challenge with many of the photographs was to find enough space in the images to incorporate text. One option was to go for a bold enough font that wouldn’t get lost in the photograph.

The initial idea was to build the six-word title into a graphic element and see if the ice theme could be incorporated to this, but these options proved too difficult to read.

Even with cleaner options with less texture, the vertical text hindered the legibility of the title. We also rather quickly decided that these covers were too general – they didn’t sufficiently reflect the book or capture its poetic delicacy and atmosphere of unease. So, after a design detour to frozen landscapes, we were back to horses! Keeping in mind the cover design of the Latvian-language original, we searched for captivating photographs of these beautiful beasts:

Two images were mocked up into covers, but the clear winner was the horse in profile. It had the regal air and corporeal force of the racing horses described in the book, while its stable-mates had the slightly dishevelled look of horses put out to pasture.

The final tweaks were to change cover fonts from Neue Kabel to Garamond to evoke the content, style and period of the novel, and adjust the colour of the typography to stand out better. And with that, the race was run and we were ready to bet on our cover’s odds in the wild of bookish social media.

Thank you, Essi! To read an extract of this novel, click here. To purchase a copy and support your local bookshop at the same time, click here.