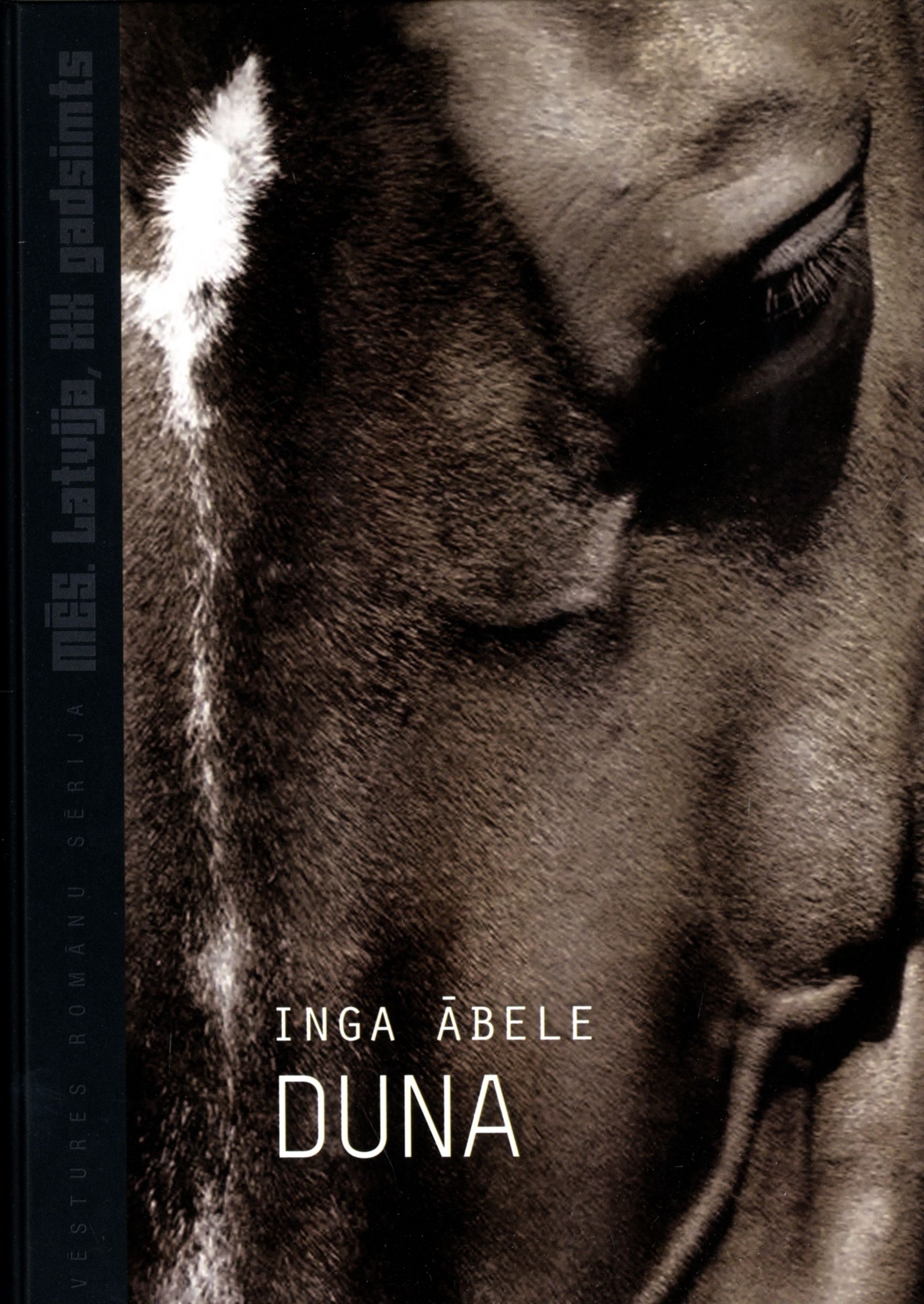 Following the publication of Inga Ābele’s Duna in English as The Year the River Froze Twice, we sat down (remotely!) with the translator, Christopher Moseley, to discuss his experiences of translating this work for a non-Latvian readership.

Norvik Press is known for promoting Scandinavian literature (although there are some notable exceptions, particularly some novels from Estonia, including your own translation of Pobeda 1946) . What led to this project to translate a Latvian classic into English?

It’s the first Latvian novel I have translated, although I have worked on short stories before, including the Norvik anthology From Baltic Shores. I gained experience in Latvian during 19 years at BBC Monitoring, as a news translator. This particular project came about when I met the author at a summer school for translators at UEA. While working together on translating one of her short stories, we got to talking and I introduced her to one of the Directors of Norvik Press. At that time, Duna was Inga’s most recently published novel. I completed a sample, got hooked on it, and was lucky enough to get accepted to translate it for Norvik with support from Latvian Literature. These kinds of meetings at UEA and (pre-COVID) at Riga, are important for translators of Latvian fiction into English – there aren’t many of us!

Duna is included in Latvian Literature’s list of 10 Saddest Latvian Books. Did translating the novel take an emotional toll on you?

Yes, it did – it’s a pretty grim story. I consider myself hard-nosed, cynical, but it moved me to tears at times. It’s centred on a researcher interviewing a man, Andrievs, whose experience of life has taught him that horses are more trustworthy than people. He’s quite cynical himself, having suffered at the hands of the Soviet system – he’s a bit of a recluse, restrained, reserved, he doesn’t give easily of himself, but the researcher gradually gets him to open up. She really has to draw him out – he’s learned that talking too much gets him into trouble – and that’s what’s interesting about the novel, we learn the information alongside the researcher. Andrievs is emblematic of all those others who suffered. It’s a road trip novel too – the researcher takes him back to earlier scenes from his life, along the Daugava River – there’s a map included in the book – and most of these flashbacks are painful. Intriguingly, the researcher remains nameless – it’s very much Andriev’s story.

What challenges did you encounter in translating the novel from Latvian into English?

Big translation challenges! I was constantly asking the author for advice. Latgale – the province in eastern Latvia, bordering on Russia, that the story leads towards and where horses are famously bred – has its own dialect of Latvian: Latgalian. It’s close enough to Latvian to be understandable but tantalisingly different too, so difficult for the translator!

There were two further translation challenges: the terminology of communism, and the terminology of the trotting track. There are lots of communist terms that Latvians of a certain generation would be familiar with (the book is set around 1949, with flashbacks to the Second World War), but which need explaining for younger generations. And I’m not an expert on ‘the track’, so I had to learn fast! Involvement in the trotting track is Andriev’s main occupation and it’s also through this that he is tricked into a situation that is a crime in the eyes of the Communists. The Communists actually attempted to control the betting system on the track – even winning prizes had to be socialised via Moscow. Andrievs is a victim of this. It makes absolutely no sense, he’s arrested for something he doesn’t really understand, but this is part of the interest of the novel: it’s political.

How did you exercise creativity as a translator?

My role in the creative process is to try and capture the voice of the author as closely as I can – the creative part is trying to make the book sound as if it’s not translated, to capture the author’s voice. In this book, footnotes are used to contextualise its events for non-Latvians, which could have a distancing effect but in this case reflects Inga’s voice, how well-researched the book is, by highlighting the extensive knowledge Inga gathered. I’m sure that even native Latvians would learn a lot from this book [Duna was originally commissioned as part of the historic novel series We. Latvia. The 20th Century to celebrate the centenary of Latvian independence]. As just one example, after I’d finished the translation, the author sent me what had been a highly secret protocol that is now being released under the Latvian equivalent of the Official Secrets Act. This document reports on the events of 25 March 1949 – the year the river froze twice! – when there was a mass deportation to Siberia of Latvians who were considered a threat to the system. It’s from the Latvian KGB to Moscow, and it’s written in Latvian – not Russian, as one might have expected. I translated this too and it’s bloodcurdling to read. Inga’s mission is to reveal the truth to a new generation of Latvians before it’s forgotten or erased. I think that’s what’s most important about this book.

A lighter note to end on: what are some of your favourite Latvian words?

I’m so fond of Latvian, my favourite word is usually the last word I saw! But I particularly like the word for ‘history’: vēsture. The word for ‘wet’ is delightful and sounds like exactly how it should sound: slapjš. I teach Latvian and I enjoy telling my students the tongue-twister word for ‘railway’: dzelzceļš.

Many thanks to Christopher Moseley and to Latvian Literature for subsidising the translation. An extract from The Year the River Froze Twice can be read here, and copies can be ordered from bookshop.org.