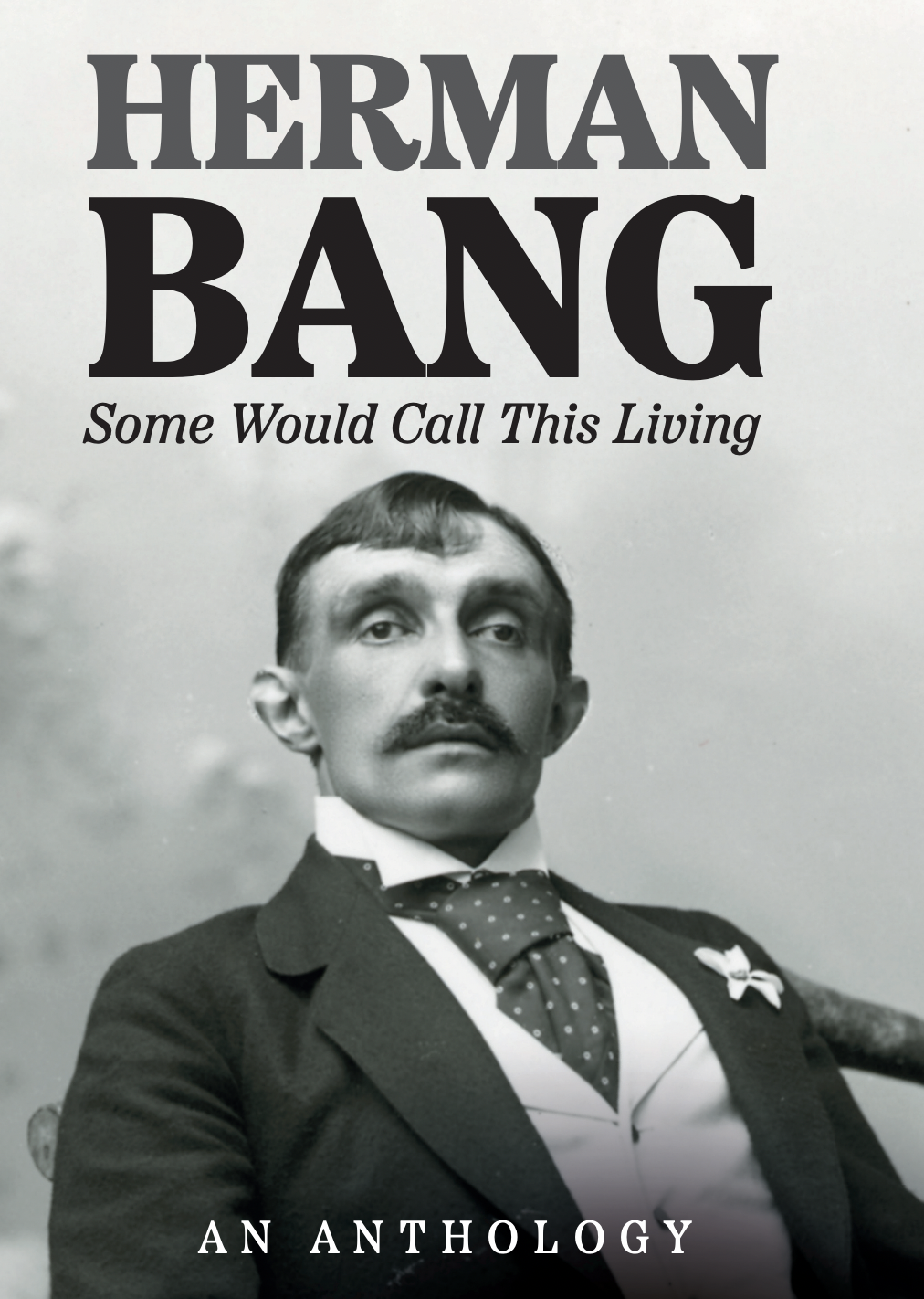 Cover of Some Would Call This Living, our forthcoming collection of Bang’s writings

Herman Bang (1857–1912) was a sharp-witted observer of the society and manners of his age; with an eye for telling details, he could at one moment mercilessly puncture hypocrisy and arrogance, at the next invoke indignant sympathy for the outcasts and failures of a ruthlessly competitive world. In his novels and especially in his short stories he often takes as his protagonist an unremarkable character who might be dismissed by a casual observer as uninteresting: a failed ballet dancer who scrapes a living as a peripatetic dance teacher in outlying villages (‘Irene Holm’), or a lodging-house-keeper’s daughter who toils from dawn to dusk to make ends meet (‘Frøken Caja’). He can also make wicked fun of pretensions and plots, as in ‘The Ravens’, where the family of the aging Frøken Sejer are scheming to have her declared incapable, whilst she is selling off her valuables behind their backs to cheat them of their inheritance. His wide-ranging journalism has many targets, alerting readers to the wretched poverty hidden just a few steps from the thriving city shops or the ineptitude of Europe’s ruling houses – as well as celebrating the innovations of the modern age, such as the automobile or the department store.
Bang was well known throughout Europe in his lifetime, especially in Germany, where his works were translated early. In the English-speaking world he has had little impact, partly no doubt because of his homosexuality, for which he was hounded across Europe. Even now, only a couple of his novels have been translated. This volume is an attempt to remedy this lack by introducing a broad selection of his short stories and journalism to a new public.

Some Would Call This Living: An Anthology. Translated by Janet Garton, Charlotte Barslund and Paul Russell Garrett. Introduction by Poul Houe. Forthcoming February 2022 – get more Bang for your buck by ordering our Bang Bundle with Bang: A Novel about the Danish Writer via our special offer!